Recently I received an inquiry from Valeria from Melbourne in Australia via my website. Members of the Brack family from Bözen emigrated to Montevideo in Uruguay and later moved to Australia. Valeria, a descendant of these Swiss emigrants had the following data:

Brack is a very widespread family in Bözen and Effingen, which belong to the same parish. Different branches of the family are known under village names such as “Danielen”, Zachariassen”, “Kasperlis”, “Wagners” etc.

Nevertheless, I quickly found what I was looking for in Family Register I, on page 124. Here is the transcribed reproduction:

Birth record of Anna Maria Brack and her mother Maria

The father or grandfather of the two persons in question is Hans Jakob Brack, born in 1792. After the birth of his illegitimate daughters Maria and Anna he got married 1832 to Maria Bär from Menziken, but the marriage remained childless. One brother Heinrich remained unmarried, however the other brother Hans Heinrich had numerous descendants who are still alive today. I doubt that they know about their distant relatives in Uruguay or Australia.

The origin of Jakob Brack, born on April 21, 1765, is also known. In the house visitation roll of the parish priest, which was created between 1767 and 1770 (Governor Tscharner and his survey), he appears with his parents.

Jacob Brack “the miller” was the owner of the grist mill in Bözen around this time. The fact that he could employ a farmhand shows that he was wealthy. Jacob and Maria Brack-Heuberger were the grandparents of Maria Brack, born in 1815.

The Brack family moves to Brittnau

As can be seen from the family register, this branch of the Brack family, called “Alt Müllers” had moved to Brittnau, near Zofingen around 1800. A descendant of the family had documented his research in 1980 and left a copy of his records in the municipal archives of Bözen, here is an excerpt from it:

This Restaurant is still in operation today.

From the immediate family no one seemed to have taken care of their illegitimate cousins Anna and Maria, they were left on their own. There is no information about what became of Anna, who was born in 1823. Her older sister Maria lived in the canton of Baselland, first in Bubendorf, then in Arlesheim. At the age of 25, she gave birth to a girl in Bubendorf on June 8, 1842, and in November of the same year the district court of Brugg granted her custody of the child. Anna Maria Brack was baptized on July 3, 1842 in the church of Bözen.

Illegitimate children are a burden on the community

Rampant poverty was a huge problem for the poor rural communities because they were responsible for the welfare of the poorest inhabitants who held citizenship of the respective municipality (Amsler in Switzerland).

Although the unmarried mother Maria lived in the canton Baselland, the illegitimate children became a problem case for her hometown Bözen, based on the minutes of the local citizens’ meeting of July 3, 1842. Based on the tax list, there were 104 voters, of which 65 were present at the assembly that day.

The case of Maria Brack

The communal headman Brak declares that the illegitimate daughter of
Jakob Brak, cooper from Bötzen, living in the Altachen near
Zofingen, has been brought to the municipality by the police,
with a child born out of wedlock. She and the child are now living
at the expense of the community. What Should be done in this matter.
The motion was made that a member of the community council go to Zofingen to see
the father of the daughter, and urge him to support and look after his daughter
as well as the child born out of wedlock. This motion was unanimously carried by a show of hands

It was obvious that the authorities tried to find another municipality that would take on the problem case of Brack and pay for the impending support costs for the single mother and her illegitimate child. They now turned to Zofingen, or Brittnau, where Maria’s father lived.

This article gives an insight into the circumstances of the time and explains the seemingly cold-hearted actions of the authorities.

How the official visit to Maria’s father in Brittnau turned out is not known. Perhaps he was pleased to have become a grandfather. However, he and his wife were not willing to take care of little Anna Maria. The responsibility for her upkeep continued to lie with the municipality of Bözen.

Maria also had to take care of herself and find a new job. Seven years later she was pregnant again, this time in Arlesheim. The father of the second daughter also remained unknown, little Maria Elisabeth was baptized in Bözen, on November 5, 1849, where the child also found its final resting place at the tender age of two.

The mother Maria Brack died at the age of 46 in the poor house Bözen, she had never found a husband. On December 31, 1869 there is an entry in the records of the poor welfare (Armengut Rechnung) in Bözen:

of the objects left behind by the deceased Maria Brack, old millers, in the poorhouse, the co-inhabitant Susanne Kistler, Miggenen, has appropriated:

It is resolved that this shall be settled with her account.

The modest property was accurately accounted for after her death and added to a fund designed to support the poor. In a meeting on January 21, 1871, the final account was presented:

An account of the assets of the recently deceased Maria Brack, old millers, residing in the local poorhouse was filed by Johannes Kistler. The account is reviewed and approved. The total assets amounting to Fr. 33.93 are to go to the local poorhouse, since she had to be supported by the poorhouse fund from time to time since her youth.

The daughter Anna Maria, however, was taken away from her mother. At first the widow Ursula Heuberger in Bözen offered the toddler a home for a few years. Later she was in the custody of foster parents. As was customary at that time, the foster parents who demanded the least amount of money for providing food and board, would receive foster children. Almost every year Anna Maria was forced to change foster families. It is unlikely that she found much affection there, rather the opposite was the case.

At that time, children were above all cheap labor. The following entry in the records of the poor welfare of 1852 shows that child labor was commonplace at that time, in fact it was encouraged:

…paid the straw weaver Anna Wüst of Lupfig for the introduction of straw weaving skills for poor children Fr. 2.50.

Until she was 14 years old, Anna Maria Brack had been living with half a dozen different foster families. Sometimes only briefly, mostly for a year at a time. The longest stay was with the blacksmith Johann Heuberger in Bözen. For a while she was in Schinznach, then Effingen, once even as far away as Riehen, in Canton Basel, perhaps near her mother who was on duty in Basel. It must have been a sad life, separated from her mother, living with unknown families and belonging nowhere.

Emigration to the Americas

Brittnau took a special position in this. Wessendorf writes about settlements near Rosario in Argentina:

“Although the Bernese dominated here, we once again encounter a significant Aargau contingent. In 1884, a certain Fritz Kunz of Brittnau sent travel money from San Geronimo to his relatives back home. In 1885, the local council there even mentioned a “Brittnau colony” in Argentina in defense against the accusation of deportation. One can safely assume that this unspecified colony was either San Geronimo Sud or one of the neighboring settlements. It is also reasonable to conclude that the unusually high number of 23 South American emigrants, which the 1873 statistics indicate for Brittnau, designates the core of this “Brittnau colony”.

Therefore, it seems obvious that there was a connection of Maria Brack and her surviving daughter Anna Maria to Brittnau, because these contacts were probably the reason that Anna Maria decided to emigrate to South America. Perhaps she was even part of a group of emigrants from Brittnau who made the great journey across the ocean.

We do not know exactly when Anna left Switzerland and where she emigrated to. But I assume that it must have been shortly after 1862, after Anna Maria had reached the age of 20.

A short time later she founded a family in South America together with Friedrich Ühlenbeck. The first daughter Anna Maria was born in Uruguay in 1866.

From Valeria, a descendant of the emigrants, I heard that the husband of Anna Maria Brack shared a similar fate as his wife. Friedrich’s mother worked as a maid in Darmstadt and gave birth there to a child of an unknown father. The family she worked for ran a print shop, and the illegitimate son Friedrich was able to learn the trade of letterpress printing there. He opened a business as a bookbinder in Montevideo. The similarity of their childhood fates must have been a very special bond between the two.

The family expanded, as can be seen in this picture from 1888. The parents in the center are surrounded by their children, eight girls and one boy:

The many Swiss in Uruguay had founded a city called “Colonia Suiza” which was later renamed as “Nueva Helvetica”. Cheese in Uruguay is often made using Swiss methods, the most famous of which is called “Queso Colonia”, short for “Colonia Swiss Cheese”.

On Youtube there is a short and informative video about the Swiss Colony in Uruguay by “Rare Earth, it gives an impression about the history of the Swiss emigrants in Uruguay.

Thanks to Valeria’s inquiry, I have learned about another interesting aspect of our emigration history and found out more about the widely branched Brack family from Bözen.

With our exchange of information we were able to establish the origin of the maternal line without any doubt. Among her ancestors is Anna Maria Brack, who had emigrated to South America, as well as her mother, Maria Brack, born in Bözen in 1815.

The ancestors of Maria Brack in Bözen go back to the miller dynasty Brack, who were mill owners in Bözen and Effingen in the 18th century. They had family ties with the Heuberger and Amsler in Bözen, two other families of millers. This is evident in the grandparents and great-grandparents of Maria Brack:

The above Maria Amsler from Bözen is also in my family tree. This implies that Valeria and I have common ancestors, they are Hans Amsler (*1652) and his wife Anna Heuberger (*1656). We are therefore 8th cousins.

The fact that we found each other this way and across continents shows the power and possibilities of genealogy. 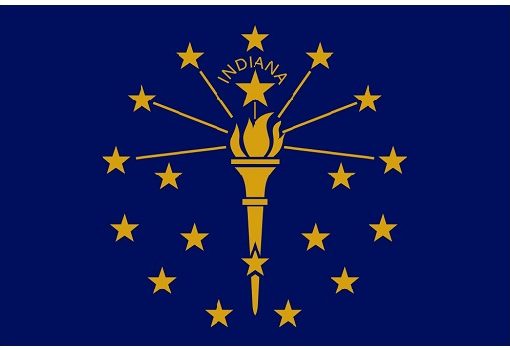 Being contacted via my website is very much appreciated, especially if the person reaching out to me is a namesake. Recently I […] 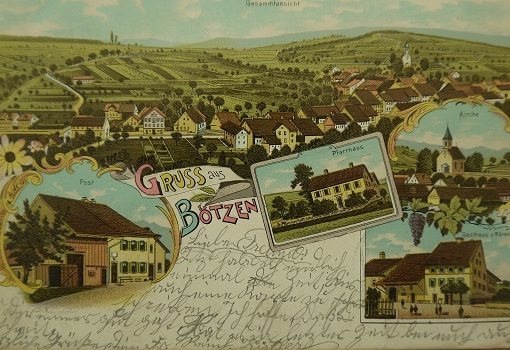