Niklaus Emanuel Tscharner (1727-1794) was a member of an established patrician family of Bern and distinguished himself as an economist and magistrate. He was elected to the Council in 1764 and began his career in the service of the City and the Republic of Bern. By lot he was appointed  to serve as Governor of Schenkenberg in the Bernese Aargau in 1767. The six years in this office were probably one of the most fruitful phases of his life.

The Bernese State Archivist Karl Waelchli describes Tscharner as follows 1):“Tscharner was forty years old when he started his reign at Wildenstein Castle. He had made a name for himself in the Economic Society of Bern, was regarded as an expert in forestry issues and as a champion for increasing the yield of farms through rational farming methods.”

Immediately after taking office, he set out to conduct – as we would say today – a demographic-economic analysis. The fruit of this analysis is the “Physical-Economic Description of the Office of Schenkenberg”, a treatise comprising more than 100 pages and six tables, which was published in 1771 in the reports of the Economic Society of Bern.

In this report Tscharner describes the population as “strong, healthy, clumsy, accustomed to work, devoted to farming”, the spirit accordingly “raw, limited, simple” and the heart “sincere, calm, indifferent”. Poverty makes the character even more reckless, and that, in turn, is “the strongest obstacle to expanding his knowledge, to improving his circumstances”. So the main problem was poverty and its causes.

In the appendix to the Tscharner report, for each of the 9 parishes in the Schenkenberg district, the number of fireplaces or households are listed, the number of men, women, children, their age and civil status and whether they are orphans, poor, middle-aged or elderly. Other tables contain information on craftsmen, livestock and estates such as houses, meadows, fields and vineyards.

State archivist Karl Waelchli says: “Based on this analysis, the new Governor tried to improve the material foundations of the population, which was mainly active in viticulture and farming. According to the agricultural reformers, common property (allmenden) and the “common grazing” were the main obstacle to better use of agricultural land. After about three years of work, Tscharner had won approval for new rules of cultivation in all municipalities.”

But how did Tscharner obtain all the detailed information about the population? At least some of this data was collected by the village pastor, an example of which is the “House Visit Register” of the Parish Bözen, for the three villages Boezen, Effingen and Elfingen. This register is located in the parish archive of Boezen.

As the following excerpt shows, this register  is a snapshot of all the inhabitants of the three municipalities at that time with extensive additional information, such as date of birth, whereabouts of the persons (e.g. in foreign military services) and family nicknames, some of which are still in use today. It lists 116 houses, 187 households and 967 inhabitants.

For the family researcher, this additional information source is extremely useful to validate and enrich the data found in the church records. In addition to the families that were inhabiting the three municipalities before 1800 (see family name book of Switzerland), the following surnames have since disappeared: Keller, Naegeli, Ott, Riniker, Schmid, Spengler, Spillmann, Vogt, Waegli.

The survey done by Father Johann Staebli from 1767-1769 was transcribed and is available on request as a PDF file from the author.

The Wildenstein Castle in Veltheim, former residence of the Governors of Schenkenberg is privately owned and was recently renovated. 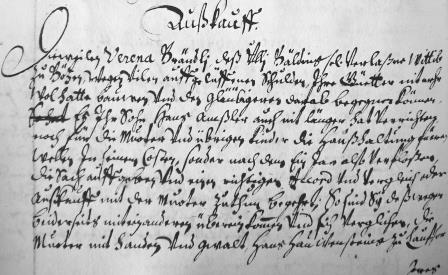 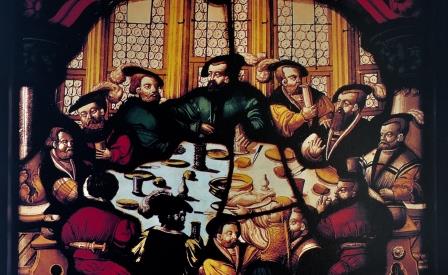 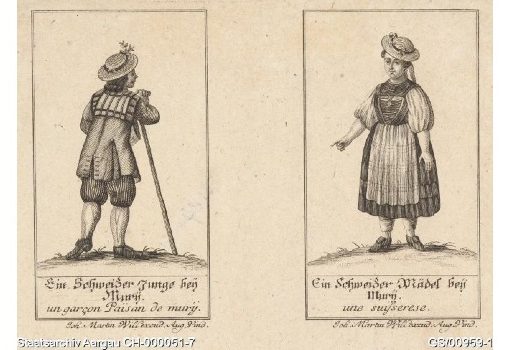 The choir court manuals in Bözen provide us with unique insights into the early years of Hans Amsler, also known as Beldi […] 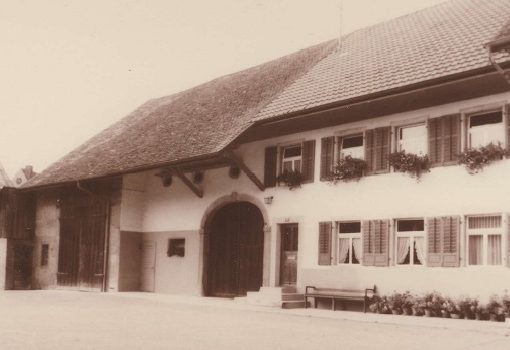