My first steps as a family researcher took place in 1989. I learned to decipher old documents and visited the town archive in Boezen to browse the church books there. After many hours I had compiled a handwritten list of all the Amslers who had been baptized in the parish since 1562. I also met other “Amsler researchers”, Rolf Hallauer, who had researched the Densbuerer Amsler, and Bruno Maurer, explorer of the Amsler from Schinznach. From Bruno I received an exchange of letters about the Amsler in Buus, Baselland.

Miss Ruth Peter-Amsler, a citizen of Buus, was able to learn the following from the State Archives of the cantons of Aargau and Baselland:

When Johannes Amsler died on 9 March 1792, he was “aged 60 and a few years”. In the period in question (1732 and before) there are two entries in the Boezen baptism registry which might apply:

Through my own research, I concluded that not only Hans came to Buus as a miller, but also his brothers were working in mills. I found confirmation of this fact in the parish archives in Boezen. In the so-called “Haus Besuchungs Roedel” of 1757 I found this hint:

Probably on behalf of the Bailiff of Schenkenberg, the village pastor had to   make a list of all the houses and their inhabitants in his parish. The first list of  1757 contains a sequential list of all houses and households. Caspar Amsler lives in Boezen in house 35, household 58.

Caspar Amsler is the sole householder, his wife Elisabeth Kistler died on 6 March 1745  and his  four children have all moved away:

The eldest daughter Susanna got married in 1746 to Heinrich Buechli and moved to  Elfingen, where she died in 1790.

Based on the church records of Graffenried, Canton Berne, we learn that Jacob  Amsler after the death of his first wife moved from Duerrenroth to Fraubrunnen to the local mill, married for a second time and founded a family. In contrast to his brother Johannes in Buus, he retained the citizenship of Boezen and until today his descendants are residing in the Canton Berne.

Johannes, who was born in 1729, moved from Maisprach to Buus, took over the mill of his stepfather Hans Handschin and together with his wife Catharina, became the progenitor of the Amsler from Buus. 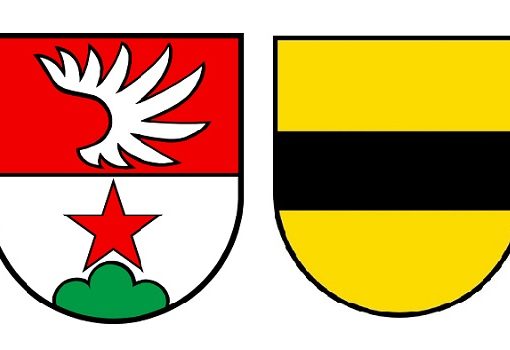 discover the first traces of Amsler in Effingen and Bözen